That week flew by and speaking of flying, the first of the Swallows –?Hirundo spp. have arrived in town, oblivious to the travel restrictions and quarantined only to earth :)

It’s been warm and green here this week with many plants emerging for the sunshine. Here’s some photo’s from the forest garden and what we’ve been up to in the gardens.Pyrus communis – Pear?in blossom under??Morus alba –?White Mulberry?in Apatheia. A tasty pear, not sure of the cultivar but grows fine under the shade of the?Morus alba –?White Mulberry?although it has taken on a dwarf form making it very easy to pick the fruit from. 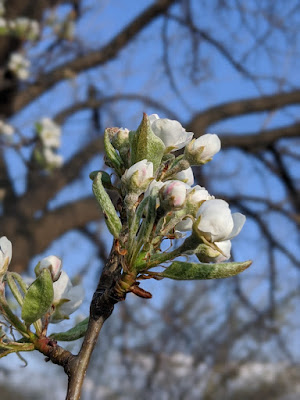 Prunus avium – Sweet Cherry?is in full blossom at the moment and buzzing with bees and other flying insects. The first cherries should be ready by the third week of May if the weather stays warm. 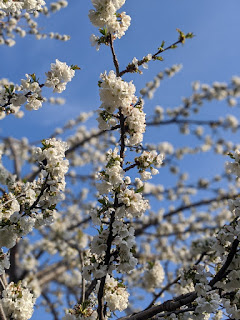 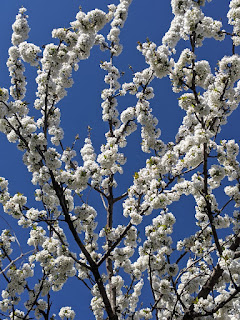 In the early evenings of the sunny days, a range of flies can be found on a warm spot next to our compost heap. Flies are always welcome in the garden and many flies are equally important to pollinating crops as bees and some such as the tachinids are good pest predators.

Tulipa sp. –?Tulip?almost ready for another round of reproduction. 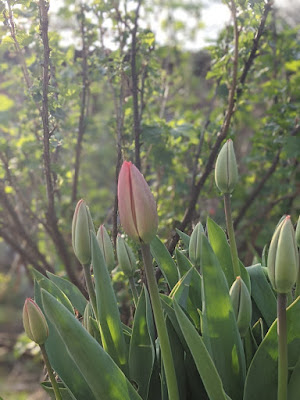 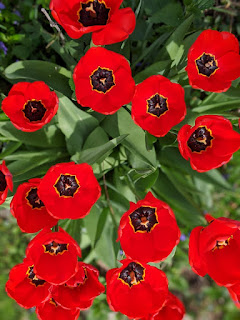 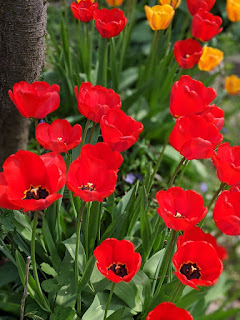 Great to see?Lunaria rediviva – Perennial Honesty?is voluntarily spreading around the garden. The edibility of these plants is uncertain to me, but in any case, their value as a wildlife attractant is much appreciated. 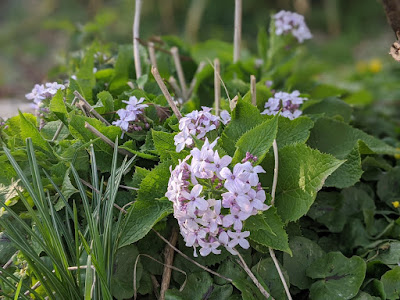 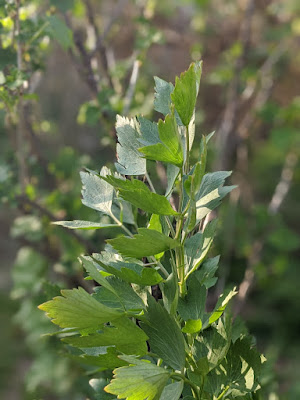 Plenty of Corona in the garden at the moment, fortunately only those of the bold Daffodils. In Latin, the Daffodils are called Narcissus and named after a beautiful hunter in Greek mythology that people were forever falling in love with. The hunter, Narcissus, was not having any of it and only showed disdain and contempt to his admirers. One day the Oread nymph Echo met him in the woods and alike many before, instantly fell in love. She followed him around the woods but Narcissus sensed that he was being followed and eventually Echo revealed herself to him and attempted to hug him. Narcissus, true to form, pushed her away in irritation and Echo, in despair, roamed around the woods for the rest of her life, and wilted away until all that remained of her was her sound. 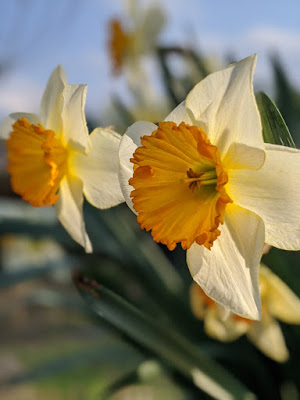 Nemesis, (a goddess of retribution and revenge) learned what had happened and decided to punish Narcissus for his behavior. She led him to a pool where he could gaze at his reflection in the water knowing that he would fall in love with himself. When Narcissus understood that his love for himself was as good as it was going to get he committed suicide. Always love an upbeat anecdote from the classics :)
?My favorite Daffodil? has to be?Narcissus poeticus??– Poet’s Narcissus 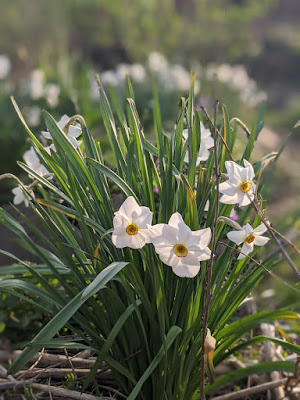 Nitrogen Fixing?Elaeagnus x ebbingei?– Ebbinge’s silverberry?regrowth. These tender shoots will be trimmed back at some point during the next few weeks and applied as mulch under the productive plants in the forest garden. These along with many other nitrogen-fixing plants we have in the forest garden play a significant role in fertilising the garden. For more on Nitrogen Fixing plants see our previous post here. 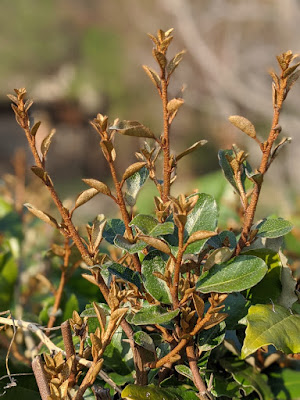 Last year we started a Green Manure Trial, you can read more about that here 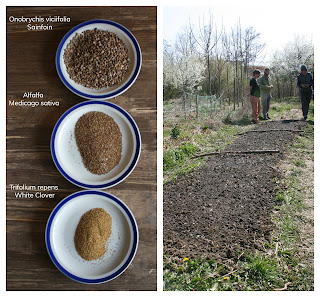 Here’s a photo of the patch from last week, the?Trifolium repens –?White Clover?and Alfalfa medicago are doing great . Not so great for?Onobrychis viciifolia –?Sainfoin?but we’ll try sowing another patch this year with stratified seed. We have?green manures and cover crops for sale from our store here 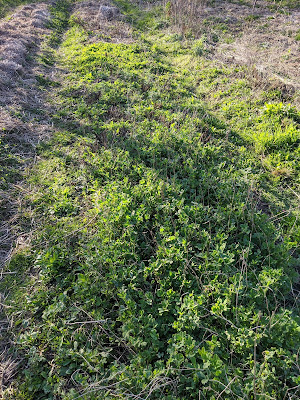 Hi I'm Paul, Originally from the UK I moved over to Bulgaria with my family 12 years ago and set up the Balkan Ecology Project. Prior to that, I worked as a freelance Arborist in the UK for 15 years. Balkan Ecology Project is a family project run by myself, Sophie and our two boys Dylan and Archie, and supported by the amazing volunteers we have hosted here over the years. We aim to develop and promote practices that provide nutritious affordable food while enhancing biodiversity and work to achieve this by: - Researching, designing and implementing systems on the ground - Providing working examples of our designs at our sites open for the public to visit - Providing quality education and training to aspiring growers and landscapers - Providing consultancy and design for landowners and farmers across Europe - Practicing an open source policy, whereby we disseminate our results freely and share all aspects of our work - Growing, selling and promoting the use of plants and plant communities that have high ecological and nutritional value Our activities currently include: Biological Plant Nursery, Educational Courses, Local Land Stewardship, Polyculture Research, Market Gardening?, and Consultancy and Design.

People power: everyday Australians are building their own renewables projects, and you can too

Starting a New Garden, Propagating Currants, Forest Garden Fruits and the Last Week of the Project